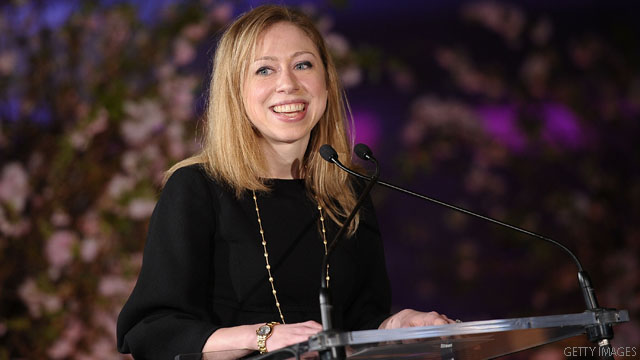 Chelsea Clinton to hit the tube

Clinton joined the Peacock network Monday as a special correspondent who will appear on "NBC Nightly News" and "Rock Center with Brian Williams," contributing to the "Making a Difference" series that highlights extraordinary stories from ordinary people, according to the network.

"People who imagine and implement solutions to challenges in their own lives, in their communities, in our country and in our world have always inspired me," Clinton said in a statement. "I hope telling stories through 'Making a Difference' - as in my academic work and non-profit work - will help me to live my grandmother's adage of "Life is not about what happens to you, but about what you do with what happens to you."

The famously private daughter of former Democratic President Bill Clinton and Secretary of State Hillary Clinton will continue her work at the Clinton Foundation and her doctoral studies at NYU along with her new venture.

She previously worked at a hedge fund and hit the campaign trail in 2008 on behalf of her mother's presidential bid.