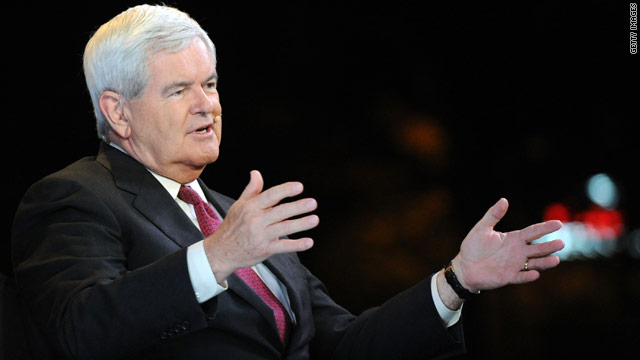 Gingrich's organization tells CNN it raised more than $3 million since October 1, with most of the money coming from online donations. That's more than three times the amount Gingrich raised in the entire third fundraising quarter of 2011, when he pulled in just over $800,000.

On Friday, Gingrich's campaign said they had raised $1 million in five days, attributing the spike to Gingrich's performances in debates. In the day following the CNBC debate, the former House Speaker brought in $160,000.

At the end of the third quarter, Gingrich's campaign also reported nearly $1.2 million in debt.

A CNN/ORC International poll released Monday showed Gingrich rising rapidly among GOP and GOP-leaning voters - 22% said he was their likely choice for the GOP nomination, second only to former Massachusetts Gov. Mitt Romney, who received 24%.

–CNN's Paul Steinhauser and Kevin Bohn contributed to this report.