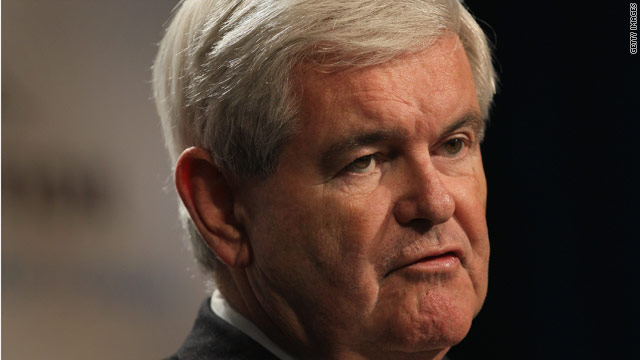 Gingrich fires back at lobbying charge

(CNN) - Republican presidential candidate Newt Gingrich fired back Tuesday at accusations that he was paid to lobby Republicans on behalf of mortgage giant Freddie Mac.

"I was up there and that's just not true," he told CNN. "I have never lobbied."

"Let me make it very clear," the GOP contender continued. "There were no contracts at any time we took with anybody that involved lobbying."

Gingrich, who's recently seen a rise popularity according to national polls, faced down a Bloomberg News report that alleged the former House Speaker was hired to gain GOP support on Capitol Hill as the government-backed mortgage company came under fire during the subprime mortgage meltdown.

Answering questions about his involvement during a recent debate of 2012 Republican presidential candidates, Gingrich asserted, "I have never done any lobbying. Every contract that was written during the period when I was out of the office, specifically said I would do no lobbying, and I offered advice.

"And my advice as a historian, when they walked in and said to me, 'We are now making loans to people who have no credit history and have no record of paying back anything, but that's what the government wants us to do,' as I said to them at the time, 'This is a bubble. This is insane. This is impossible.' "

Asked whether his "advice" included benefits about the Freddie Mac model at a Tuesday campaign event in Sheffield, Iowa, Gingrich said, "Let me draw a distinction: Government-sponsored enterprises which includes the Transcontinental Railroad has a long history of being fairly successful. Now that doesn't mean with bad management and with bad ideas that it can't be a failure. But in the long run it's actually been a useful model for the country overall."

"But I did no lobbying of any kind. That's all I've got to say about it," he insisted.

As a reporter attempted to ask another question, Gingrich cut him off: "That's all I've got to say about it."

- CNN's Jim Acosta and Erika Dimmler contributed to this report.