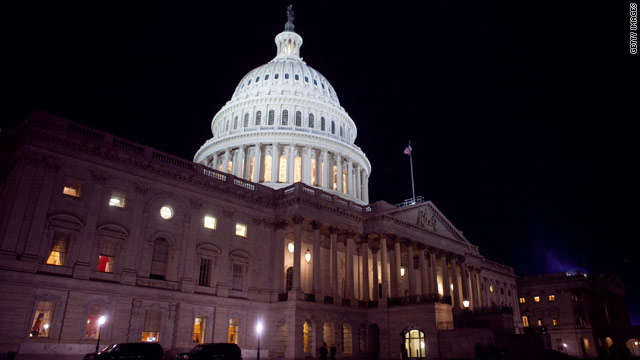 Washington (CNN) - The Republican-controlled House of Representatives passed legislation Wednesday to dramatically expand the right to carry concealed firearms in most states.

The National Right-to-Carry Reciprocity Act passed the House by a vote of 272-154, with representatives dividing mostly along party lines.

The legislation would allow individuals with a permit to carry a concealed gun in one state to bring that weapon into any other state that also has a concealed firearm law.

Illinois and the District of Columbia are currently the only jurisdictions in the country that don't allow individuals to carry concealed weapons.

Though the measure cleared the House, its prospects are considered unclear in the Democratic-controlled Senate. President Barack Obama - often the subject of attacks from the National Rifle Association and its allies in Washington and elsewhere - has not weighed in on the matter.

"The right to self-defense is unquestionable and the right to carry a firearm is recognized in our Constitution," said Rep. Cliff Stearns, R-Florida, one of the bill's co-authors. The measure "would merely require states to recognize each other's carry permits, just as they recognize driver's licenses and carry permits held by armored-car guards."

"Passage of such a law would start a race to the bottom on gun safety, with each state forced to follow another state's laws on gun ownership," they wrote. "In a country with almost 300 million guns, we need to be strengthening our gun-safety laws, not weakening them."

Noting that their states generally have tighter restrictions on firearms, Lautenberg and McCarthy also argued that "it is particularly surprising for congressional Republicans to be pushing a measure that directly goes against their deep-rooted support for states' rights."