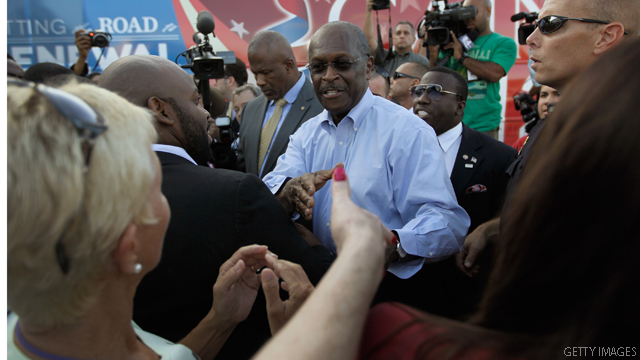 BORGER: When are GOP candidates going to take on Herman Cain?

Washington (CNN) - It's hard to remember a presidential candidate who seemed more, er, unacquainted with the national dialogue - or presidential prerequisites - than Herman Cain.

At first, he seemed a likable enough fellow. With exactly one idea: a 9-9-9 tax system. Not a truly GOP-minted plan, since it includes a national sales tax, which Republicans loathe. But never mind. He was genial and a welcome addition to those early debates in which some of his fellow contenders seemed so humorless, angry and, in some cases, downright unfriendly.