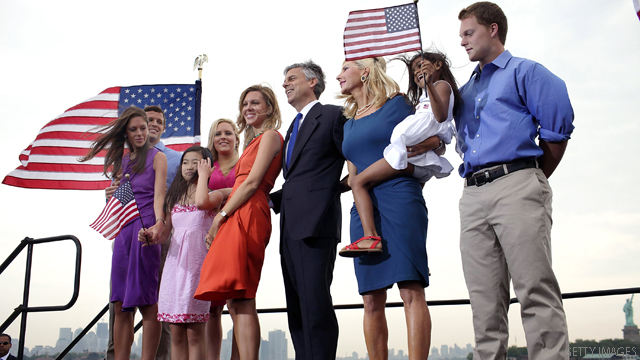 (CNN) - As the most recognizable political offspring so far in the 2012 election cycle, the three eldest daughters of GOP presidential candidate Jon Huntsman are trying to use Twitter, television and YouTube to get votes for their dad.