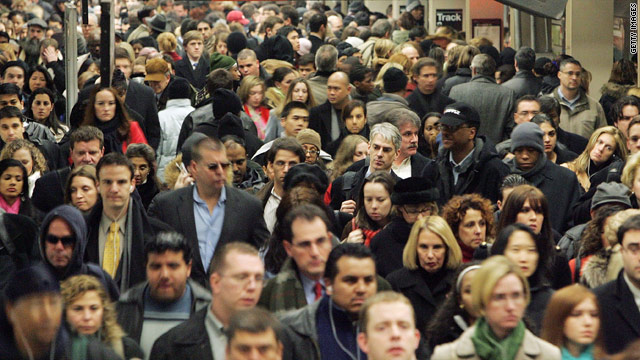 Washington (CNN) - Americans have typically been optimists about the future, but when it comes to how things are going in the country, a new national survey suggests that may no longer be the case.

A CNN/ORC International Poll released Thursday indicates that only 44% of Americans believe that things will be going well in the country a year from now. That's down from last fall, when 55% were optimistic about the coming year, and from November, 2009, when 63% felt that way.

Not surprisingly, Americans also have a gloomy view of current conditions. According to the survey only one in four say things are going well in the country today, with 74% saying things are going badly.

"But Americans have a much rosier view of their own lives," CNN Polling Director Keating Holland said. "Seventy-eight percent say that things are going well for them personally, a number that has remained remarkably steady throughout Barack Obama's presidency."

The CNN poll was conducted by ORC International from Nov. 11-13, with 1,036 adult Americans questioned by telephone. The survey's overall sampling error is plus or minus three percentage points.