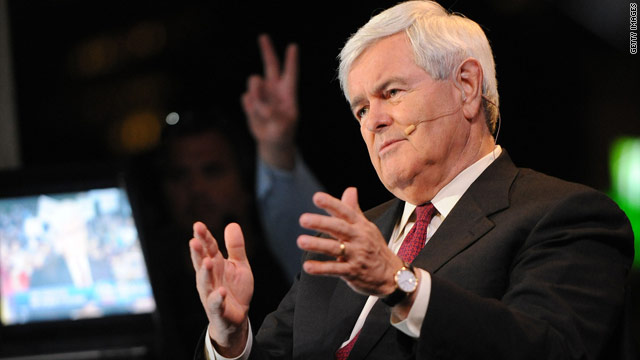 Did you catch that? Agenda 21. What exactly is Agenda 21?

The United Nations adopted Agenda 21 as part of a global initiative to combat climate change at the 1992 Earth Summit in Brazil.

According to the U.N.'s website, "Agenda 21 is a comprehensive plan of action to be taken globally, nationally and locally by organizations of the United Nations System, Governments, and Major Groups in every area in which human impacts on the environment."

Even though the U.S. government is not legally bound by the initiative, local governments across the country have implemented some of its strategies for sustainable development. Smart growth, transportation planning, and limited rural development are all Agenda 21 goals.

But some tea party groups see the potential for abuse. Conservative activists have petitioned local governments to scrap their Agenda 21 plans out of fear the initiative could one day interfere with personal property rights.

Fears of Agenda 21 cropped up at a meeting of the Carroll County Board of Commissioners in Maryland in August.

"Everywhere I go today people, particularly in the tea party, are very worried about Agenda 21," Gingrich told a tea party crowd in July.

"It's part of a general problem of the United Nations and other international bureaucracies that are seeking to create an extra constitutional control over us. And I reject that model totally," he added.

The former speaker's comments are posted on his YouTube page. He tweeted out a link to the video after Saturday's South Carolina debate, co-sponsored by CBS News and National Journal.

Gingrich warned the crowd Agenda 21 could potentially be used to seize the private property of American citizens.

"It's a United Nations proposal to create a series of centralized planning provisions where your local city government can't do something because of some agreement they signed with some private group who are all committed to taking control of your private property and turning it into a publicly controlled property," Gingrich said.

The rising GOP contender promised another tea party crowd in September he would take quick action to block the initiative if he's elected president: "That's probably going to be one of the first executive orders and that is to cease all funding for any kind of activity for United Nations Agenda 21."

But Agenda 21 detractors have critics of their own. Phil Stoddard, mayor of the tiny city of South Miami in Florida, says Gingrich is playing on conservative fears.

"I think they're out of their minds," Stoddard said.

A passionate believer in the threat of climate change, Stoddard said his city adopted Agenda 21 to ease traffic congestion and cut down on pollution. Stoddard added local governments also learn from one another based on the results of Agenda 21-inspired smart growth initiatives.

"This is just a way for us to share information to combat climate change and promote sustainable development," Stoddard said.

On the campaign trail in Iowa earlier in the week, Gingrich acknowledged to reporters Agenda 21 is not legally binding.

"It is part of a treaty that has never been endorsed by the (U.S.) Senate and I don't think the federal government should be in the process of implementing something that the Senate has not approved," he said.

So why bring it up?

"Because it's being implemented at the local level," Gingrich responded.

Climate change is a touchy subject for Gingrich. In 2008, he appeared in an ad with then-House Speaker Nancy Pelosi to deliver a call for national action to combat global warming. In his run for the GOP presidential nomination, Gingrich has told reporters the ad was a mistake.