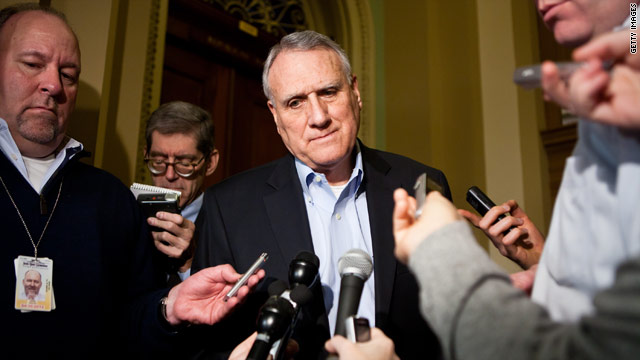 Washington (CNN) - Arizona Republican Sen. Jon Kyl, a member of the congressional committee created to craft a bipartisan deficit reduction deal, said Saturday the group will work until the deadline, but it's "pretty doubtful" the bipartisan panel will forge a last-minute compromise.

Leaving his office in the Capitol on Saturday, Kyl noted the deadline for getting a compromise evaluated, or "scored," by the Congressional Budget Office is Monday.

"The hope was that even at this late date, they could take things that had been scored and put them together,” he said. “I think that's pretty doubtful at this point, but obviously no one wants to quit until the stroke of midnight."

Kyl noted that the last proposal the GOP floated to Democrats as a "last ditch effort" was a package of $640 billion in mandatory spending cuts and some revenue from closing one tax loophole for corporate jet owners, along with some government fees. This would only address about half of the super committee's mandate to cut at least $1.2 trillion over the next 10 years.

"We thought maybe that was a way to at least accomplish something and not come away with a goose egg, but it has been rejected," Kyl said.

Perhaps signaling resignation, Kyl pointed out that even if the 12-member panel fails to come up with a deal, the law creating the super committee requires automatic spending cuts to kick in.