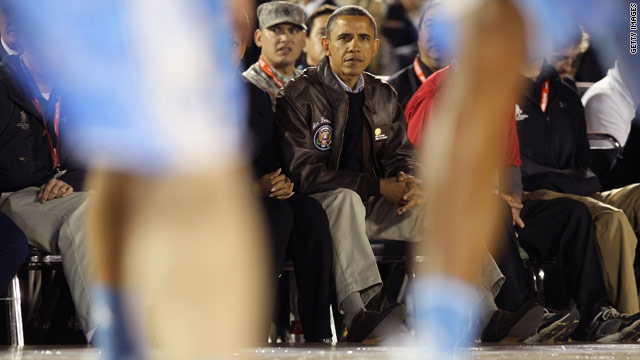 (CNN) - The chances of seeing professional basketball in 2011 are getting smaller, but fans of the sport will have at least one opportunity to watch pro players at work in December - if they're willing to include a donation for President Barack Obama's re-election bid.

The "First Ever Obama Classic" is slated for a yet-to-be-announced venue in Washington on December 12, three days before the first possible NBA game.

A labor dispute between league owners and players has threatened to scuttle the 2011-12 season, and the earliest possible date play could begin is December 15, league officials have said.

The "Obama Classic" will feature NBA players past and present, with money from tickets going toward Obama's re-election campaign.

Other players include Patrick Ewing, Blake Griffin and Dwight Howard, and two female players: Cheryl Miller and Tina Thompson. More players will be added before the event, according to the Obama campaign.

The campaign is making a limited number of $100 tickets available to the Obama Classic for "Gen44" donors, a classification for Obama's younger supporters. General admission tickets are $200, premium seats are $500, and courtside tickets will set fans back $5,000.

Obama is a big basketball fan. Last week, he watched a college game aboard the U.S.S. Carl Vinson, an aircraft carrier docked in San Diego. And earlier this fall, former professional players attended an Obama fundraiser in Orlando.

At that event, Obama told the crowd, "I don't miss my shots in the fourth quarter."