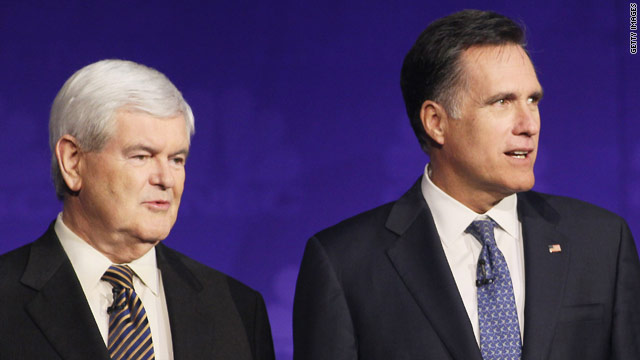 "I think this super committee is about as dumb an idea as Washington has come up with in my lifetime," Gingrich said during a debate of Republican candidates in August.

"I used to run the House of Representatives, I have some general notion of these things," he continued.

"The idea that…12 of these brilliant people, mostly picked for political reasons are gonna sit in some room and brilliantly come up with a trillion dollars or force us to choose between gutting our military and accepting a tax increase is irrational," Gingrich argued.

Recommending that Congress "scrap the committee" and assign the task of finding savings to "every subcommittee," Gingrich said the task of cutting the deficit should be done "out in the open through regular legislative order and get rid of this secret, phony business" at the debate.

Members of the super committee are expected to announce Monday that the bipartisan group was unable to broker a deal in time to meet the deadline, set for Wednesday. In the event that the Joint Select Committee on Deficit Reduction does not reach a deal to cut spending by $1.2 trillion over the next ten years by Wednesday, spending cuts targeted for defense and other government agencies are triggered as a result of the agreement made between the president and House Speaker John Boehner during the summer. Congress will also vote on a Balanced Budget Amendment if the super committee fails, according to the deal between the president and Speaker Boehner.

"They're predicting that the super committee that was designed to try and find a way to cut spending and balance our budget, to find over a trillion dollars of spending over the next 10 years, that that committee looks like its headed for failure," he said, claiming that "some of the Democrats" said the president did nothing to help the committee along.

"He (President Obama) hasn't had any role, he's done nothing. It's another example of failed leadership," Romney charged.

"He has not taken personal responsibility to get this super committee to find ways to balance our budget and cut spending."

"The whole reason a supercommittee was created was because the president wasn't willing to lead, wasn't willing to even put on paper his plans for cutting spending," Perry said in a statement Monday. "It's amazing to what lengths he will go to avoid making tough decisions."

Perry called on the president and Congress to work through the holidays until they reach a deal that would spare any cuts to the military.

Texas Rep. Ron Paul weighed in, as well, on the super committee's goal, calling the $1.2 trillion a "laughable" amount.

"In fact the Committee merely needs to cut about $120 billion annually from the federal budget over the next 10 years to meet its modest goals, but even this paltry amount has produced hand-wringing and hysteria on Capitol Hill," Paul said in a statement. "This is only cutting proposed increases. It has nothing to do with actually cutting anything. This shows how unserious politicians are about our very serious debt problems."

Instead, Paul argued that Congress should adopt the 2004 budget of $2.3 trillion next year.

"That's all it would take to produce a balanced budget right now," Paul said.