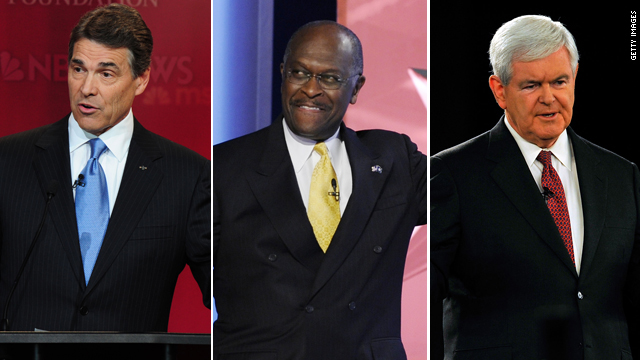 Twice before in its history, the U.S. federal government enacted a flat tax. Both times, they were imposed to deal with a major crisis. However, these taxes share another common bond. In both cases, they never ended up being collected.

The country's first experiment with a flat tax came in 1861. The nation was mired in civil war, and President Abraham Lincoln's administration had to find a way to help raise money to wage the conflict. Keep in mind that up to this point, there was no form of income tax in place in the United States.

"You have to understand the revenue system prior to the Civil War," says Steven Bank, a law professor at UCLA and an expert on tax history. "It was primarily tariff revenues. Once the Civil War hits, that tariff revenue dropped considerably and expenses rose."

As a result of this, President Lincoln signed the Revenue Act of 1861 into law. America had its very first income tax - a 3% flat rate on income above $800.

However, that particular tax was never enforced. Bank credits opposition from the U.S. Treasury Secretary at the time, Salmon P. Chase, and points out there were no resources to gather up the revenue even if Chase had been a cheerleader for it.

"Remember, we had no internal revenue system at the time," Bank says. "There's nobody going around collecting taxes."

Congress attempted to address this the following year through passage of the Revenue Act of 1862. It repealed the previous year's flat rate income tax and replaced it with a progressive rate income tax. The rates were amended regularly before the income tax expired in 1872, when it and the resulting revenue were no longer deemed as urgent. Two decades would pass before Congress's second attempt at levying a flat tax. It was born out of what became known as the Panic of 1893.

The Panic was one of the greatest economic crises the nation would know before the Great Depression nearly 40 years later. The bankruptcy of the Philadelphia and Reading Railroad had a huge ripple effect, causing many banks and businesses reliant on it to go belly up. The stock market plunged. Revenue was needed, and it all prompted Congress to take a long, hard look at the tax code.

"Grover Cleveland came in as president on a tariff reform platform, and the income tax was dubbed the 'handmaiden of tariff reform' by newspapers," Bank says. "The theory was that we needed something to counterbalance the regressive effects of the tariffs. The view was that attaching customs duties to goods coming into this country raises prices, puts money into the pockets of the big domestic manufacturers and out of the pockets of the little guy."

The income tax was seen as a way of giving Congress a way to lower the tariff rates. In 1894, it enacted the Wilson-Gorman Tariff Act. This included another flat-rate tax - 2% on incomes above $4,000. In the end, the tariff rates themselves were only lowered slightly, prompting a disappointed President Cleveland to allow the act and the tax to become law without his signature.