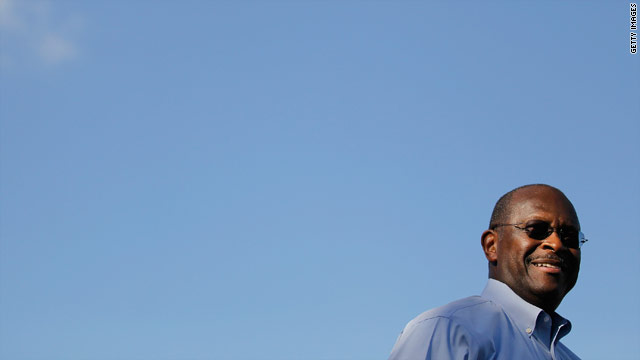 Cain will meet with Union Leader next week

Manchester, New Hampshire (CNN) - Herman Cain is back on.

The Georgia businessman, who skipped a sit-down with journalists at the New Hampshire Union Leader last week, will return to the state next Thursday for an interview, said the editor of the paper's editorial page Drew Cline.

The format will be what the Union Leader had originally proposed: an hour-long interview with the paper's publisher, Cline and a reporter. C-SPAN will videotape the interview.

Last week Cain raised eyebrows when he missed the interview because the paper is highly influential in the state and its editorial page has not yet endorsed a GOP candidate.

The Cain campaign and the Union Leader had negotiated over the format of the interview, with Cain's advisers saying they would not allow a video camera and could only provide 20 minutes for the meeting.

Days earlier, video circulated of Cain pausing repeatedly as he responded to a question from the editorial board of the Milwaukee Journal Sentinel.