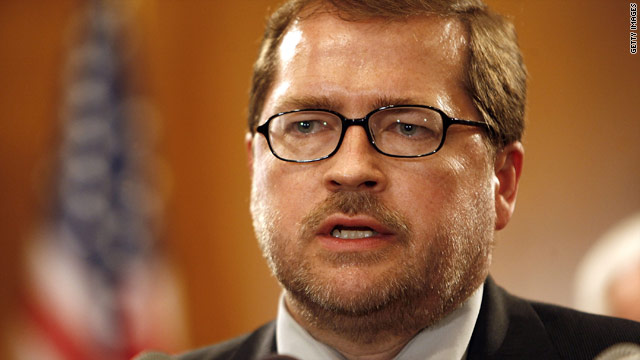 The president of Americans for Tax Reform encouraged Republican members of the Joint Select Committee on Deficit Reduction to sign a pledge that binds them to resist raising taxes as they work to find $1.2 trillion dollars in deficit-cutting measures by Wednesday, but on CNN's "American Morning," he said the pledge was between the country and its congressmen, and not with him.

Democratic Sen. Patty Murray called Norquist out Sunday on CNN's "State of the Union" saying his name came up too often during super committee negotiations.

"As long as we have some Republican lawmakers who feel more enthralled with a pledge they took to a Republican lobbyist than they do to a pledge to the country to solve the problems, this is going to be hard to do," she said.

"The senator is not telling the truth," he argued.

"For the congressmen and senators who signed the taxpayer protection pledge, they and the American people know the pledge is from them to the voters of their district and their state."

And although he admitted, "they have tried to say I'm the reason Republicans won't raise taxes, that's not nonsense," Norquist directed blame back at Democrats saying, "The Democrats want higher taxes. That's off the table."

"It's been off the table for a year," he continued. "The Democrats are a little hard of hearing."

Defending his role in promoting the pledge, first signed by President Ronald Reagan in 1986, Norquist insisted again, "The pledge that congressmen and senators make is not to me despite what Reid and other Democrats pretend. When they say that, let's use the kind word. It's not true. It's a lie."