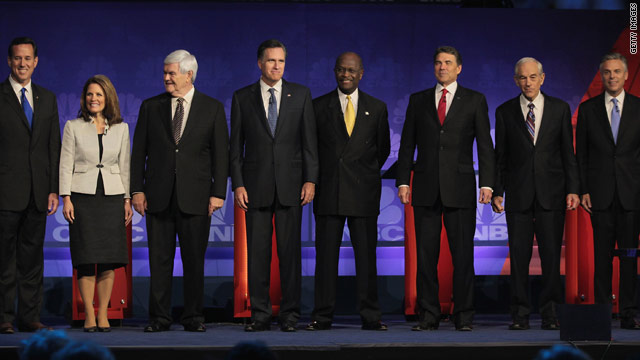 GOP candidates out of synch when it comes to foreign policy

(CNN) - There is one area where all eight Republican candidates seem to be in complete agreement: In their minds, Barack Obama's presidency has been a failure, and his national security policies have only served to weaken America's standing in the world, and left the United States more vulnerable to attack.

That consensus aside, there are positions each candidate has taken in the areas of foreign policy and national security that set them apart from the field. As CNN prepares to host a debate Tuesday night on national security topics with the Heritage Foundation and the American Enterprise Institute, here is a look at some distinctive positions and experiences the candidates are raising on the trail.