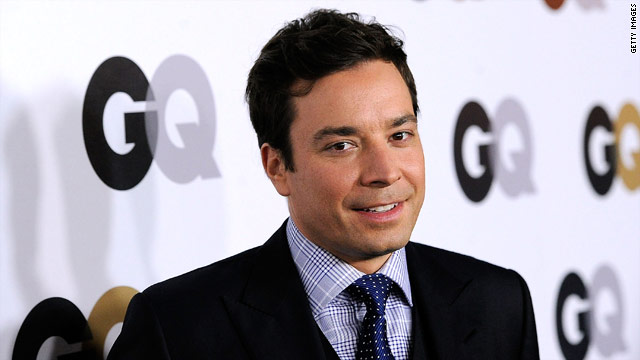 "I'm honored that @michelebachmann was on our show yesterday and I'm so sorry about the intro mess. I really hope she comes back," he wrote on Twitter.

As the Minnesota Congresswoman walked out to greet Fallon on stage, the show's band, The Roots, played a song by Fishbone called "Lyin' Ass Bitch."

Bachmann, while waving and smiling as she walked out Monday night, appeared to not hear the lyrics, some of which include the words, "I really thought our love was much too strong / But that little slut just proved us wrong."

The candidate admitted being oblivious to the slight Wednesday in an interview on Fox News saying, "I wasn't aware of it at all. I didn't find out until later yesterday and at that point I was traveling and making my way to the presidential debate."

Still, she said "I'd love to go back again."

Some of Bachmann's ire is directed toward the drummer of Fallon's house band, Ahmir "Questlove" Thompson.

"If that song had been played for Michelle Obama I have no doubt that NBC would've apologized to her and likely they could've fired the drummer or at least suspended him. None of that happened from NBC and this is clearly a form of the bias on the part of the Hollywood entertainment elite," she said.

It appears the song choice was intentional. Prior to Bachmann's arrival on stage, the band's drummer, Questlove, tweeted during the show: "Aight late night walkon song devotees: you love it when we snark: this next one takes the cake. ask around cause i aint tweeting title."

Despite the song choice, the interview was quite amicable, with Bachmann and Fallon trading jokes.

After the show, Fallon blasted out: "@Questlove is grounded," and on Tuesday the band issued a statement saying "the performance was a tongue-in-cheek and spur of the moment decision."

"Well of course I accept Jimmy's apology but this really needs to come from NBC and this is an outrage," she said.