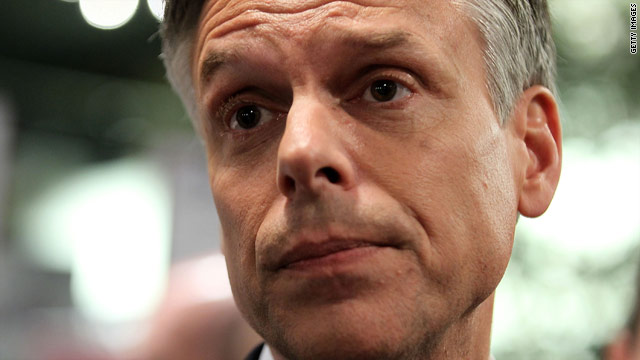 Huntsman's third party help, all in the family?

(CNN) – Jon Huntsman doesn't know where the money for a $650,000 ad buy supporting his presidential run came from, and he doesn't care.

In an interview Wednesday on CNN's "American Morning," the former Utah governor said he doesn't know whether his father contributed to the super PAC that funded a Thanksgiving-run ad campaign, but he's "just delighted" to receive support in the first place.

Owing a close relationship with his father-"I love him dearly," Huntsman said,"We don't talk about those things, we can't."

"I'm just delighted that we've actually got some outside assistance from wherever it comes from and believes in our cause."

The Our Destiny super PAC will spend $650,000 on ads in New Hampshire, where Huntsman has pinned his hopes for a first-in-the-nation primary victory - also the state where GOP frontrunner and former Massachusetts Gov. Mitt Romney has been leading in polls measuring candidate support.

Super PACs do not have limits on the amount they can raise from individuals and groups including corporations, or unions to spend on presidential campaigns, but cannot coordinate with the campaigns or political parties and are required to reveal their donors. The next filing deadline for them is January 31st.

And for Huntsman, the separation rule is definitive. "There's a bright division between what I do and what any super PAC can do and you don't talk about those things.

One more hope for Huntsman: that his candidacy will endure. Without disclosing envy for GOP rivals that have experienced a peak in national polls while Huntsman continues to lag at the bottom, the candidate said, "I don't want a fleeting, ephemeral 15 minutes, I want sustainability."

"To have sustainability, you have to put the building blocks together on the ground that are based on a substantive rise."