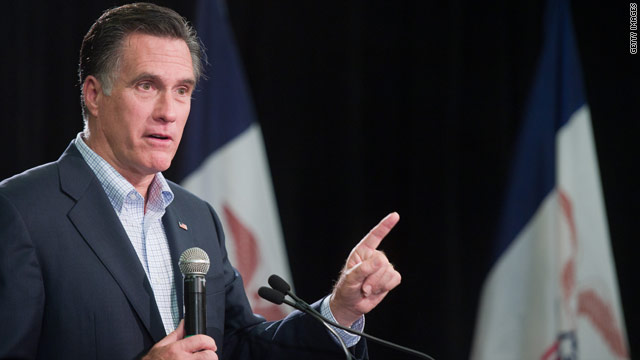 "There was no hidden effort on the part of our campaign," Romney said at a campaign stop in Des Moines, Iowa.

The ad features then-candidate Obama on the campaign trail in 2008, saying "If we keep talking about the economy, we're going to lose."

But the 60-second spot failed to point out that Obama was actually quoting his opponent, Republican Sen. John McCain, at the time.

"Just last week fact checkers scolded Mitt Romney for distorting a comment the President made about creating American jobs and now Romney launches a deceitful and dishonest attack rather than outline his own record or plans for the future," said Ben LaBolt, the campaign's press secretary, in a statement Monday night.

Saying the ad "obviously got underneath (the Democrats') skin," the former Massachusetts governor maintained his team edited the ad intentionally to show "what's sauce for the goose is now sauce for the gander."

"This ad points out, 'Guess what: It's now your turn.' The same lines used on John McCain are going to be used on you, which is that this economy is going to be your albatross," Romney said, referring to Obama.