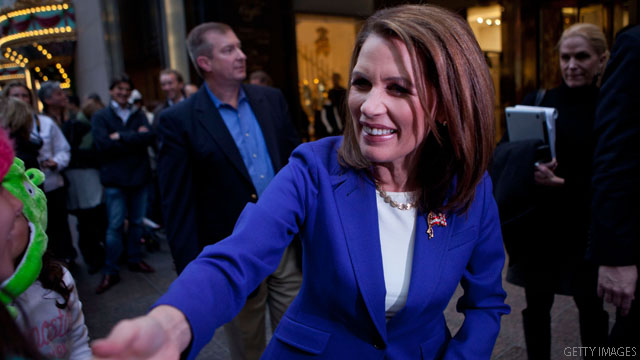 (CNN) – Republican presidential candidate Michele Bachmann announced the support of 39 Iowa party activists Friday as she continues to focus her energies in the first-in-the-nation caucus state.

Team Bachmann said the endorsements are part of a growing organization in the state that the Minnesota congresswoman has made a centerpiece in her bid for the White House.

"These supporters represent a spectrum of campaign experience with some having been politically active for many years and others being new to the process," Bachmann's state chairman and state Sen. Kent Sorenson said in a statement. "Great things always happen to campaigns that generate that balance of experience and enthusiasm."

The announcement comes as Bachmann makes campaign stops in Michigan and Iowa the day after Thanksgiving to promote her new book, "Core of Conviction."