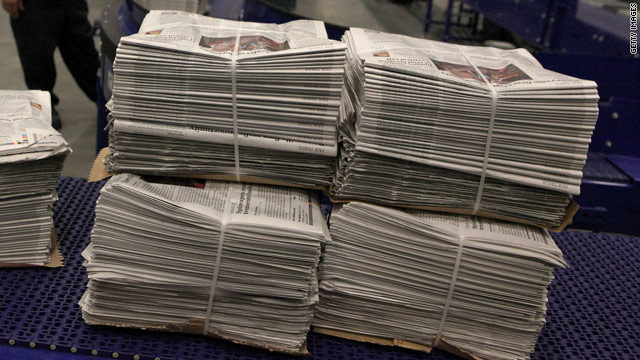 (CNN) - With a little more than six weeks until the first-in-the-nation primary in New Hampshire, the state's highly influential newspaper will make its much-awaited endorsement on Sunday.

The Union Leader, known for its conservative editorial board, made the announcement via Twitter on Friday. An endorsement from the paper would be a major coup for any candidate.

The timing of the endorsement might come as a surprise to Herman Cain's campaign, as the Georgia businessman is set to meet with the editorial board next week.

Cain recently made headlines when he skipped a Nov. 17 meeting with the paper to be filmed by C-SPAN, following Cain's controversial interview with the Milwaukee Journal Sentinel just days prior.

Cain had previously met with journalists at the Union Leader but has yet to sit down for the formal one-hour interview with the publisher, editorial page editor and C-SPAN.

Former Massachusetts Gov. Mitt Romney has long held a commanding lead in the state, but that hasn't stopped former Utah Gov. Jon Huntsman, who's dedicated almost all his resources to retail politicking in the state. Despite his efforts, Huntsman has struggled to break into the double digits in polls measuring support in the state.

According to recent surveys, former House Speaker Newt Gingrich's popularity has been climbing in the state, reflecting similar trends nationwide. He now finds himself in a distant second place to Romney among likely GOP primary voters, with Texas Rep. Ron Paul virtually tied or following closely behind.

- CNN's Rachel Streitfeld and Steve Brusk contributed to this report.