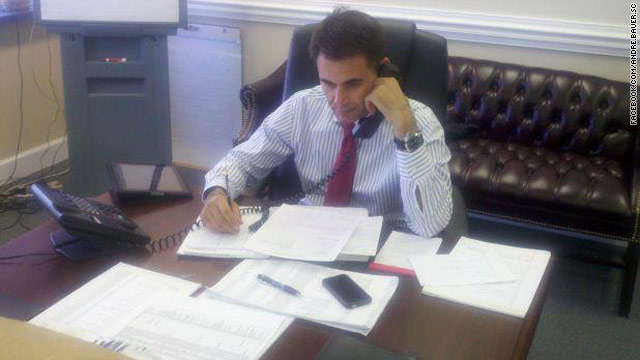 "Speaker Newt Gingrich offers the best and most comprehensive plan to get America moving forward and that is why today I am announcing my full support for Speaker Gingrich ... a true conservative, a true patriot, and true leader," Bauer said in a statement.

The endorsement comes as Gingrich spends three days campaigning in the Palmetto State, hoping to position himself as the most credible conservative alternative to former Massachusetts Gov. Mitt Romney.

Bauer served two terms as lieutenant governor and ran unsuccessfully for governor in 2010. He is currently eyeing a Congressional bid in the state's newly-created 7th District.

He backed Mike Huckabee during the 2008 presidential race and was a frequent presence at the former Arkansas governor's side throughout the campaign.

Bauer is easily one of the most recognizable South Carolina Republicans figures to endorse in the presidential race, but he also has a controversial history.

In 2006, he landed in the hospital after crashing the single engine plane he was piloting shortly after taking off from a rural airfield near Greenville.

That same year, he was pulled over by highway patrolman when he was clocked driving over 100 miles per hour in a state-owned car. He escaped without a ticket.

Bauer came to national prominence in 2010, when he ran for governor but lost in a hotly contested four-way Republican primary.

He stumbled early in his campaign when he compared needy people who receive government assistance to "stray animals" because "they breed" and "don't know any better." He later apologized for the remarks.

As the primary heated up later that summer, then-state Rep. Nikki Haley accused Bauer and his supporters of pushing rumors that Haley had engaged in two extramarital affairs.

Bauer denied the charge but called on Haley, now the governor, to take a lie-detector test to back up her denials about the affair allegations.