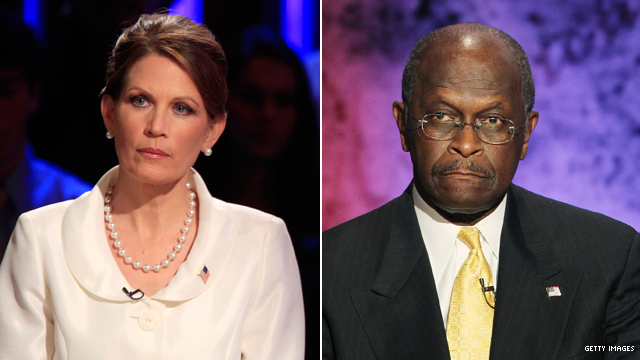 "People should not jump to conclusions," she said, adding that spirits in the office were "really good."

The tweeted photo has since been taken down.

Asked about the false tweet, Bachmann Iowa campaign manager Eric Woolson took the blame and called it an "unnecessary distraction."

"They weren't moving out. So yeah, we created this unnecessary distraction. I apologize for that."