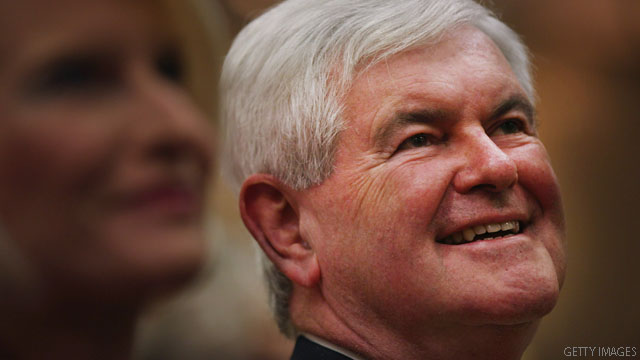 A similar poll taken in October, before accusations of sexual harassment were leveled at Cain, showed him leading the pack with 26%. Romney received 25% support with Perry following at 15% and Gingrich at 8%.

The most recent CNN/ORC International Poll showed Gingrich in the top spot among Republican and Republican-leaning voters nationally, with 24% support. Romney came in at 20%, followed by Cain at 17%, Perry at 11%, Paul at 9% and Rep. Michele Bachmann of Minnesota at 5%.

The American Research Group poll surveyed 600 likely Republican primary voters via telephone between November 25 and November 28 with a sampling error of plus or minus 4 percentage points.