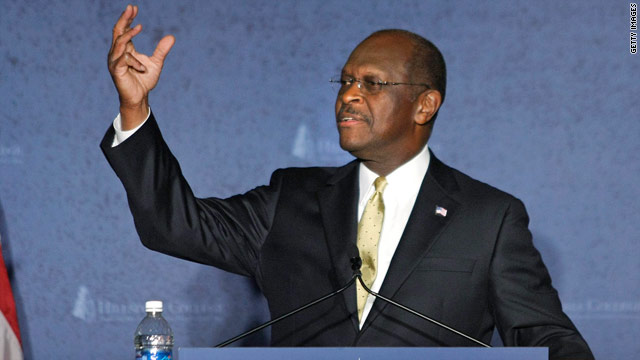 Cain to go up with a new ad on Iowa TV

(CNN) - Herman Cain's presidential campaign is going up on Iowa TV Friday with a new commercial.

A source familiar with the decision tells CNN the Cain national headquarters Wednesday gave the go ahead for the ad buy on cable television in the state that holds the first contest in the presidential caucus and primary calendar.

The move comes as the businessman and GOP presidential candidate is reassessing his campaign, following allegations earlier this week from a woman in Atlanta, Georgia that she had a 13 year affair with Cain.

A campaign official tells CNN the focus of the spot is "that we need a CEO in the White House." Cain often touts his years of experience in the business world and highlights that he is not a politician.

This would be the second ad the Cain campaign has run in the first in the nation caucus state, following a spot that ran briefly last month.