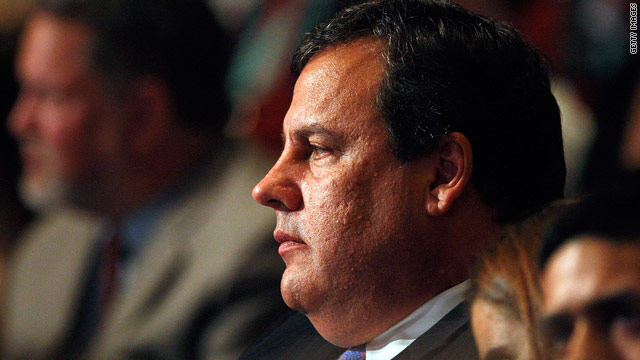 But Christie, a leading voice in the Republican Party who is backing former Massachusetts Gov. Mitt Romney in the presidential race, said Cain has to decide on his own whether or not to abandon his White House bid.

"In terms of how he's handled it, I'm sure he'd like to have a couple of shots at handling it differently," Christie told reporters at the Republican Governors Association annual meeting in Orlando. "It doesn't seem it's been all that successful. But that doesn't get to the core question, which is what he is going to do, and that's going to be his call."

Multiple women, some still anonymous, have come forward in recent weeks alleging that Cain sexually harassed them a decade ago while chairing the National Restaurant Association.

And this week, a Georgia woman came forward claiming that she and Cain carried on a 14-year sexual affair, a charge Cain adamantly denied – even as his attorney described the allegation as "consensual conduct between adults."

Cain told his staff Tuesday that he is "re-assessing" his campaign and told CNN Wednesday that he will make a decision about the race "in the next several days."

Christie did not venture to offer Cain advice.

"That's such a personal decision," Christie said. "I wouldn't want anybody telling me what to do … In the end that's going to be his call. He has got to make the call."