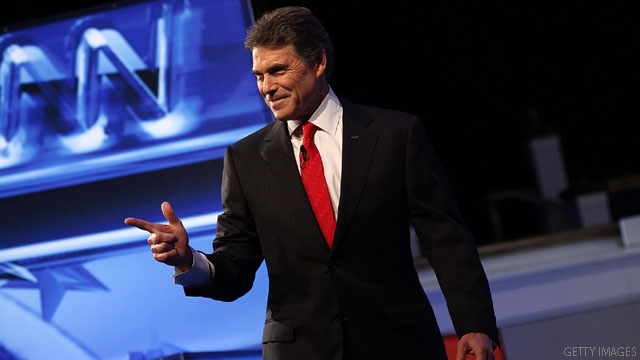 While defending himself, Perry steps in it again

(CNN) – Rick Perry sought to defend a recent gaffe in an interview Wednesday, but in the same appearance made another.

On Tuesday, the Republican presidential candidate incorrectly said the voting age in the U.S. is 21 instead of 18 and that the 2012 presidential election is on Nov. 12 instead of Nov. 6, mistakes Perry characterized as human error.

"Look I'm a human being … I'm going to make some mistakes from time to time in my remarks," Perry said on Fox News.

He added that the focus on his missteps is an effort to distract from his policy proposals.

But in the same interview, in which Perry appeared from New Hampshire, the Texas governor incorrectly identified the state's early voting contest as "caucuses" instead of a "primary."

Perry rocketed to the top of national and state-wide polls after his late entry into the 2012 race, but has since seen his support fall after disappointing debate performances and errors on the campaign trail.