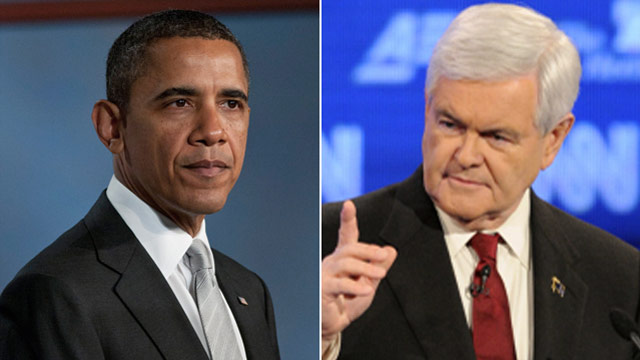 (CNN) – For the first time, some top Democratic Party insiders here in Washington are telling me they now are starting to gear up for a possible general election between President Obama and former House Speaker Newt Gingrich.

For months, these same insiders had assumed former Massachusetts Governor Mitt Romney would be the Republican nominee.