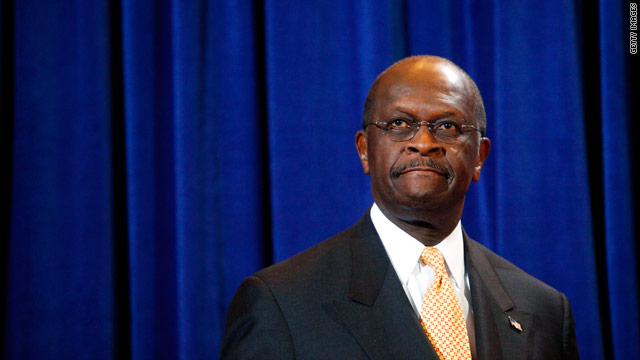 The woman who claims to have engaged in an extramarital affair for 13 years with Cain, who is currently seeking the 2012 GOP nomination for president, said “I am not a cold-hearted person. I am a mother of two kids and, of course, my heart bleeds for this woman.”

Although she first declined to address the candidate’s wife during an interview on MSNBC, White later changed her mind.

“I am deeply, deeply sorry if I’ve caused any hurt to her, to his kids, and to his family, that was never my intention,” she said.

Cain has insisted the two were merely friends, though he disclosed Thursday that his wife was unaware of any friendship between himself and White or any financial assistance that he provided her during the course of their friendship.

Calling assertions that she must have accepted money to lie “very hurtful,” White said, “I would never come out with something like this if I wasn’t telling the truth. I know that travel was involved and sex was involved. I would never lie about that.”

She corroborated Cain’s claim that 47 of 70 text messages exchanged between the two were centered on her requests for financial assistance saying, “we would text back and forth, he would help me.”

“Most times he was traveling…we would try and get our schedules together and he would help me out with money for bills and things.”

Both the businessman and White have kept mum about the amount of money he’s provided her. Cain refused to answer the question earlier Thursday, citing advice from his attorney, and White stated later she’d “rather not say.”

But she did reveal that all assistance from Cain was given “always in cash.”

White described her relationship with Cain as “a sexual affair,” and not a relationship based on love, but relayed an instance where she thought their friendship would come to an end.

“I thought we were friends and he made a comment to me…I said, ‘Wow, running for president, that’s pretty major, guess we won’t be friends anymore,’ and he said ‘Guess not.’”

Doubling back, White allowed, “We honestly were friends because he helped me, but on what level, I don’t know.”

“It was very hard for me to come out with this and fess up to something that I had done. I’m pretty straightforward and have a conscience,” she said.

“I’m surprised that he’s treating me like I’ve lied about this. It bothers me.”