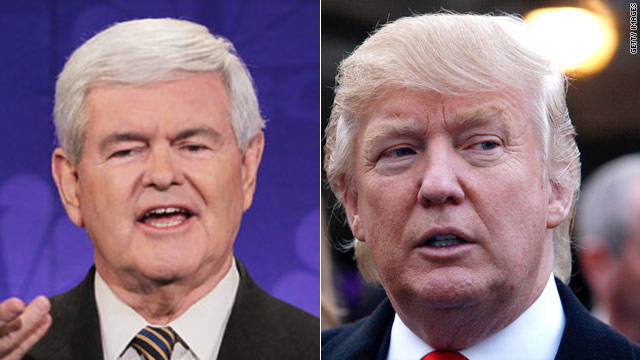 (CNN) - The parade of Republican 2012 hopefuls continues to march past reality television host Donald Trump, with the latest frontrunner, Newt Gingrich, slated to pay the mogul a visit Monday.

The meeting will take place at Trump Tower in New York, and a Trump spokesman said the conversation would likely wind up with Gingrich asking for "The Apprentice" host's endorsement.

"I can confirm that Mr. Trump and Mr. Gingrich are meeting on Monday at Trump Tower," Trump spokesman Michael Cohen said. "As to the sum and substance of the conversation to take place, there is no set agenda. I suspect, like the other Republican candidates, Newt will seek Mr. Trump's advice and endorsement."

Trump, who decided against his own presidential bid in May, also met with former Alaska Gov. Sarah Palin several months before she announced she was not seeking the 2012 GOP nomination.