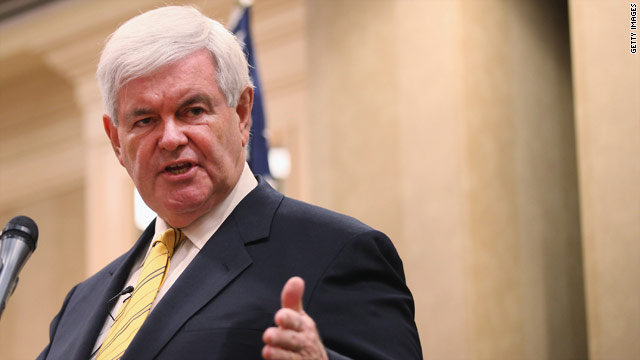 "Really poor children in really poor neighborhoods have no habits of working and have nobody around them who works," the former House speaker told an audience at the headquarters for Nationwide Insurance.

He then seemed to imply that a young, poor individual's only likely source of possible income would be from breaking the law.

"They have no habit of 'I do this and you give me cash'–unless it's illegal."

Gingrich added that most successful businesspeople he knows started work "early" and made some kind of money when they were kids, whether it was by babysitting or mowing lawns.

"Then we get down to the janitor thing," Gingrich continued, in reference to his previous comments. "(I received) letters written that said janitorial work is really hard and really dangerous and this and that. OK, fine. So what if they became assistant janitors and their job was to mop the floor and clean the bathroom. And you paid them."

Gingrich's comments on the issue came in response to a Nationwide Insurance employee's question in which he asked for some clarification from the candidate.