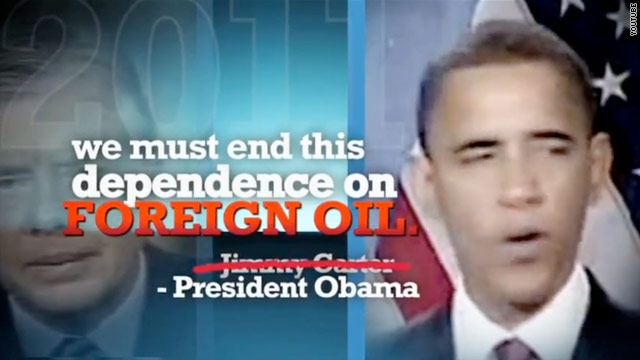 Jimmy Carter is shown saying, "This intolerable dependence on foreign oil." Carter spoke those words during an energy address in 1979.

Carter is juxtaposed with President Obama saying, "We must end this dependence on foreign oil." On-screen text crosses out Carter's name and replaces it with Obama's.

Perry appears next, decrying the lack of action from the United States on ending reliance on foreign energy sources.

In a statement accompanying the ad's release, Perry's campaign communications director said the energy issue was one of the candidate's top priorities.