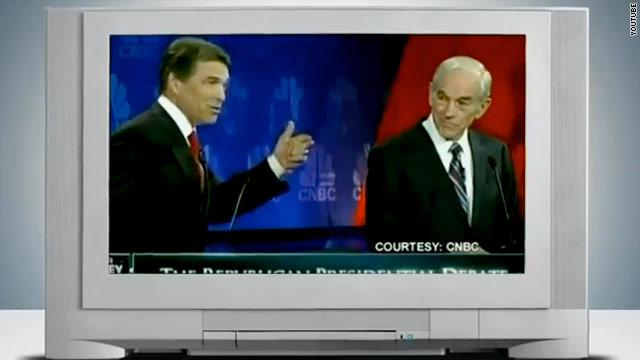 "You know we've all lost our train of thought before, but not many have done it on national TV," Perry says in the ad after video of the Republican presidential candidate failing to remember the name of the third government agency he would cut in a recent debate.

And as he's done in the past, the Texas governor used the flub to paint himself as an outside Washington reformer.

"If you want a slick debater, I'm obviously not your guy. But if you want to clean house in Washington with a balanced budget amendment, a flat tax, and a part time Congress, I'm your man," Perry says referencing three pillars of his economic plan.

The new spot, which is set to air in Iowa during his appearance Thursday on "The Tonight Show with Jay Leno," is the third commercial released from Team Perry in the last 24 hours.

"While the rest of GOP field is busy handling scandals, inconsistencies and contradictions on important issues, Gov. Perry's appearance on Leno and his special Leno ad show he is confident enough to use the attention from last month's Michigan debate to highlight his status as the true outsider conservative in the Republican field," Perry's communications director Ray Sullivan said in a statement.