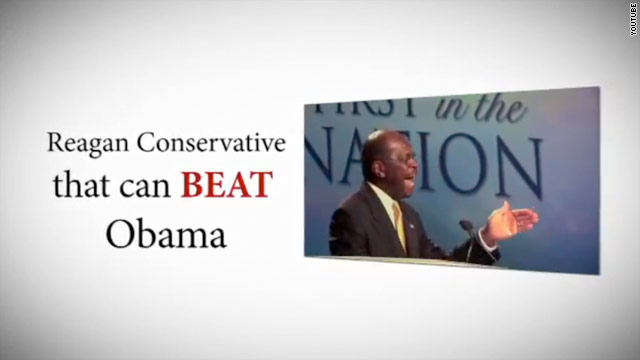 Washington (CNN) – A political action committee supporting Herman Cain's candidacy is trying to rally support for the embattled presidential contender with a new television ad set to air in the crucial early voting state of Iowa.

CNN has obtained a copy of the new commercial, which says "it is time for the truth" and features an excerpt from a television news story with a polygraph examiner saying "my exam … he is being truthful." Exactly what words of Herman Cain the examiner is analyzing in the story is not clear from the clip.

Jordan Gehrke, with the political action committee Americans for Herman Cain, tells CNN the commercial will air either later Wednesday or Thursday throughout Iowa and in parts of Minnesota. He says the group is spending "just under" $100,000 on the buy.

The group's ad calls Cain a "Reagan conservative who can beat Obama" and "the leader America needs."

Americans for Herman Cain is an independent group that is separate from Cain's presidential campaign. The two are barred by election law from coordinating activities.

On Friday the Cain campaign is going up with its own ad in Iowa touting the candidate's business experience.