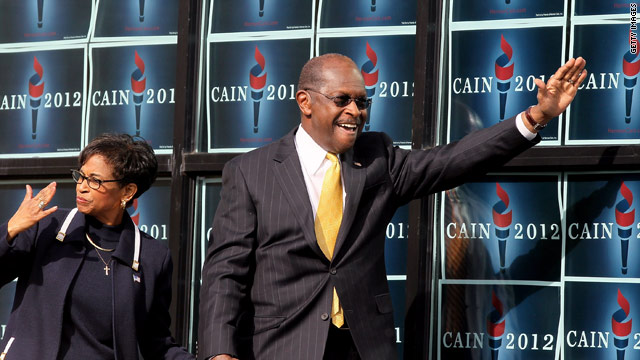 Atlanta (CNN) - Republican presidential hopeful Herman Cain told supporters Saturday that he is suspending his presidential campaign, which has become hobbled in recent weeks by allegations of sexual harassment and an Atlanta woman's claim that they carried on a 13-year affair.

While he will still be able to raise and spend campaign funds because he did not officially drop out, his White House bid is effectively over.