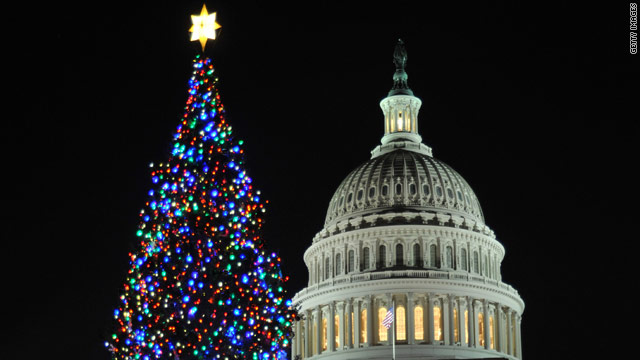 (CNN) – Republicans and Democrats in the Senate may not agree on everything, but 58 of them are teaming up for one measure that doesn't involve tax policy or budget showdowns: Christmas presents.

In what's billed as the first-ever Senate "Secret Santa" gift exchange, the lawmakers are engaging in a rare bipartisan effort meant to bring a little more "jolly" to the halls of the chamber.

Republicans drew names of Democrats - and vice versa - when the participating senators kicked off the tradition before Thanksgiving.

More Democrats (37) than Republicans (21) signed up, however, leaving some Democrats to give to each other when the participants exchange presents and reveal their identities at a holiday party in mid-December.

Gifts must be wrapped and cost no more than $10.

The effort was launched by Sen. Al Franken, D-Minnesota, who recalls becoming friends with a bully after drawing his name for the traditional gift exchange in grade school.

"I thought 'Secret Santa' would be a good way to cut through the partisan divide here in the Senate," Franken said in a statement. "And who knows, maybe it will create some unlikely friendships."