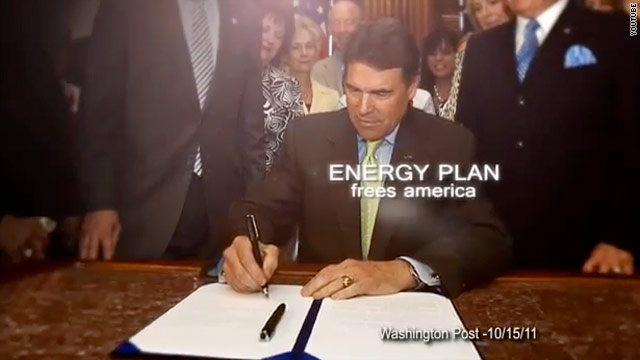 (CNN) – An independent group supporting Rick Perry's presidential bid is up with an ad supporting the Texas governor in the early voting states of Iowa and South Carolina, according to the group, Make Us Great Again.

The pro-Perry political action committee released the 30-second spot as part of a $388,000 buy on broadcast television, cable television and radio that paints Perry as an outside-Washington reformer who will improve the United States economy.

"Rick Perry isn't from Washington. His spending reforms balanced the budget, his energy plan frees America from foreign oil and his tax reforms flatten and simplify," the ad says. "That's how we'll put America back to work, stop the Washington insiders."

The new commercial is already running and will air until Sunday. It is the second spot from the group. The first ad released in October attempted to introduce the candidate to voters in early primary and caucus states.

The PAC said they have spent $1.1 million to date on advertising.