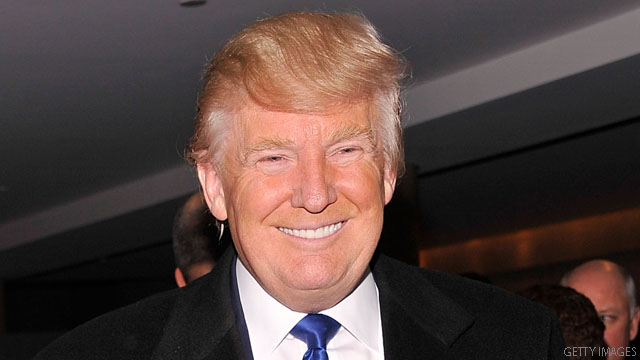 Trump said the choice by Texas Rep. Paul and rival candidate Jon Huntsman not to attend will result in a better event.

"I think most candidates are going to join, and I think these two candidates have zero chance of getting elected, so it makes no difference," Trump said Monday on NBC's "Today." "I think that they are joke candidates and they are doing very poorly."

"Frankly, it gives more air time to people that really have a chance at getting elected," Trump added.

The reality show star, who decided against his own presidential bid in May, is set to host a debate, with the conservative Newsmax magazine Dec. 27 in Iowa, the first-in-the-nation caucus state. Paul and Huntsman are the only candidates thus far to announce they will not attend. The other contenders have yet to formally declare their decisions.

Trump's comments comprise the latest jabs between him and Paul, which started during the Conservative Political Action Conference in February. During his speech Trump said Paul, who is making his third bid for the White House, had "no chance" of winning the GOP presidential nomination.

Paul rebutted the remarks at the time and after the debate announcement last week said the Republican Party could be hurt by allowing Trump to moderate the final debate before the Jan. 3 Iowa caucuses.

During an appearance on CNN's "State of the Union" Sunday, the twelve-term congressman told CNN Chief Political Correspondent Candy Crowley that he doesn't "understand the marching to his office."

"I don't know that he had the ability to lay on hands and anoint people," Paul said.

Trump said Gingrich's recent rise in national and state-wide polls is due to his blunt and truthful rhetoric.

"I think one of the reasons he's surging, he's like a rocket ship because of the fact that he says it like it is," Trump said.