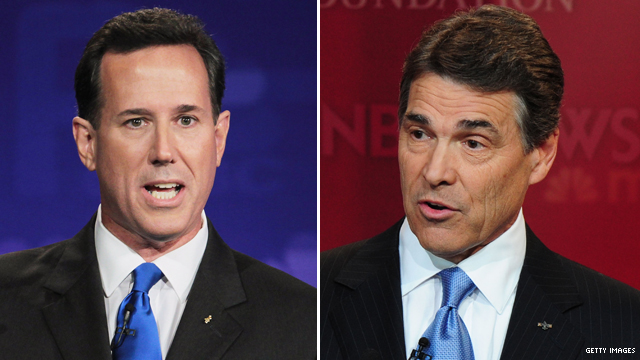 Obama's order, issued in a memorandum Tuesday, instructs "all agencies engaged abroad to ensure that U.S. diplomacy and foreign assistance promote and protect the human rights of LGBT persons."

The memo directs agencies that disperse foreign aid to enhance programs that "build respect" for members of the lesbian, gay, bisexual and transgender community.

Reacting to Obama's memo, Republican presidential hopefuls Rick Perry and Rick Santorum both said they strongly disagreed with the president's instructions, saying he was promoting values that were out of step with the American people.

"This administration's war on traditional American values must stop," Perry said in a statement.
He continued: "Promoting special rights for gays in foreign countries is not in America's interests and not worth a dime of taxpayers' money."

Perry said the president's move was "the most recent example of an administration at war with people of faith in this country."

Perry has long touted his faith to voters, including a recent television advertisement proclaiming he "wasn't ashamed to talk about my faith."

Santorum echoed Perry's comments Tuesday in Iowa, telling reporters that humanitarian aid should be reserved for countries with pressing needs.

"I would suggest that we give out humanitarian aid based on humanitarian need, not based on whether people are promoting their particular agenda," Santorum said. "Obviously the administration is promoting their particular agenda in this country, and now they feel its their obligation to promote those values not just in the military, not just in our society, but now around the world with taxpayer dollars."

Santorum, who has long been an outspoken opponent of gay marriage, said Obama needed to clarify his stance on marriage rights. Obama has said he is "evolving" on the issue, but does not currently support the rights of gays to marry.