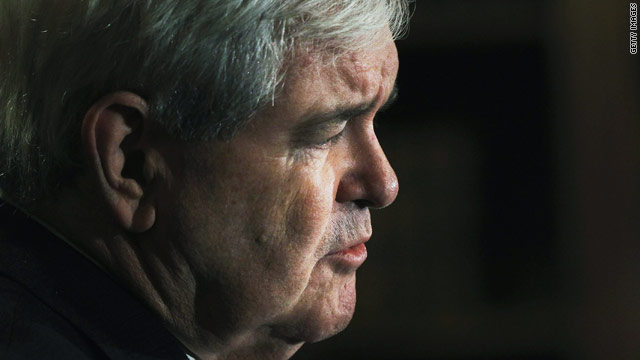 “I was part of (the late Rep.) Jack Kemp's little cabal of supply-siders who, largely by helping convince (President Ronald) Reagan and then working with Reagan, profoundly changed the entire trajectory of the American economy in the nineteen-eighties,” Gingrich said. “You could make the argument that I helped Mitt Romney get rich because I helped pass the legislation.”

CNBC host Larry Kudlow asked if Gingrich had ever made that argument before, prompting the White House hopeful to say: "I am as of right this minute, it just occurred to me."

Gingrich continued, “He (Romney) should be thanking me because I did the macroeconomic things necessary to make his career possible."

Team Gingrich said the comments on CNBC were an "attempt at humor."

Gingrich served as a Republican congressman from Georgia throughout the 1980s, during which time many Republicans sided with then-President Reagan on lowering income and capital gains taxes with the hopes of spurring production of goods and services.

Mitt Romney helped found the private equity firm Bain Capital in 1984, and went on to make tens of millions of dollars by investing and restructuring companies.