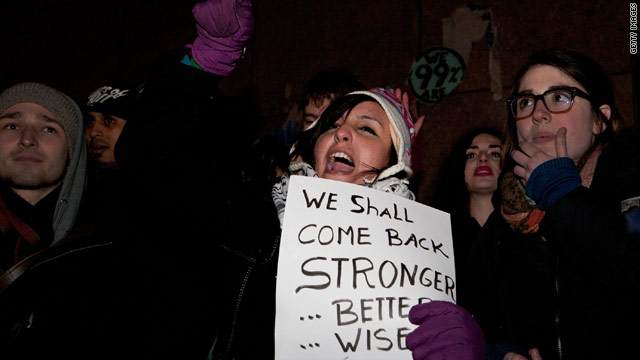 According to a Gallup poll released Friday, more than three quarters of registered voters say most members of Congress deserve to lose their jobs–the highest number since 1993, the year before the political climate resulted in a Republican "tsunami."

That wave unseated 40 years of Democratic control of the House of Representatives and installed Newt Gingrich, now a GOP presidential candidate, as speaker of the House.

But today, 76 percent of voters said most members of Congress do not deserve to be re-elected, the highest percentage Gallup measured in 19 years of asking that question. And the 20% who say congressional members should be re-elected is a record low-one point below the previous low recorded in August.

Roughly eight in 10 independents said members don't deserve to keep their jobs–more than Republicans at 75% and Democrats at 68%–but the small margins between the three groups reveals agreement among political parties against incumbent congressmen.

And though most say members don't deserve to be re-elected, more than half don't want their own member to be voted out of Congress. Fifty-three percent say their own representative deserves to be re-elected and almost four in 10 say their congressman does not.

The midterm elections of 2010 resulted in a 63-seat turnover from Democratic to Republican and handed control of the House to the GOP. At that time, voters were less negative than they are now.

As Democrats battle to regain control of the House of Representatives and keep control of the Senate, anti-incumbent attitudes could work for or against them.

The Gallup poll was conducted by telephone among 908 registered voters from Nov. 28-Dec. 1. It has a sampling error of plus or minus four percentage points.