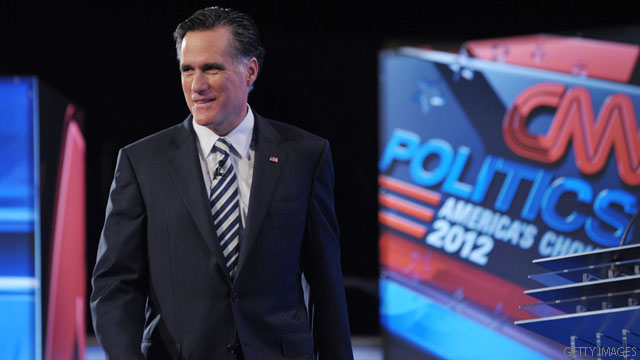 The minute-long spots hail the former Massachusetts governor's economic plan as the "boldest GOP agenda since Reagan in 1980" and are peppered with praise from leading national and Granite State Republicans. Iowa and New Hampshire hold the first two contests on the road to the White House, hosting caucuses on Jan. 3 and a primary on Jan. 10 respectively.

"Mitt Romney is the candidate we need to clean up Barack Obama's mess and make sure that he is a one term president," Ayotte says in the New Hampshire commercial.

The radio ads come as Romney's campaign has increased its negative rhetoric against rival Newt Gingrich, who has surged in state-wide and national polls.

"Congressman Paul Ryan praised Romney's plan saying 'This is getting us toward a prosperity agenda that will allow the private sector to grow,'" the ad says.