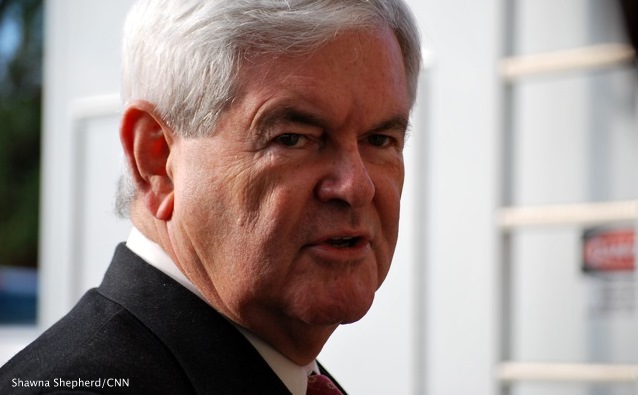 "I want you to know that my campaign will be relentlessly positive. Our advertising will be positive," Gingrich said, speaking to supporters Saturday at the opening of a campaign office in Urbandale Iowa.

Gingrich did not mention the former Massachusetts governor by name. But this week Romney's campaign mounted a coordinated effort with high-profile surrogates going after Gingrich's record.

"I will also tell you none of my surrogates are going to be encouraged to go out and attack anyone," he said, after former New Hampshire governor and Romney supporter John Sununu went personal and called the former House speaker self-serving and self-aggrandizing.

However, the Gingrich campaign is not above using surrogates to hit Romney. On Friday surrogates for Gingrich called those attacks, including a web ad critical of Gingrich's stance on a Republican entitlement reform initiative, a sign of "desperation and panic."

Restore Our Future super PAC, which is independently supporting Romney, produced the negative Gingrich spot, but the web ad was taken down shortly after it was posted on-line.

The rising frontrunner said he will not engage in tearing down candidates and vowed he will not support any super PAC that produces negative campaign content on behalf of his campaign.

"If anybody does go out and create a super PAC using my name, if they run any negative ads, we will attack them and we will encourage people to give them no money," he said.