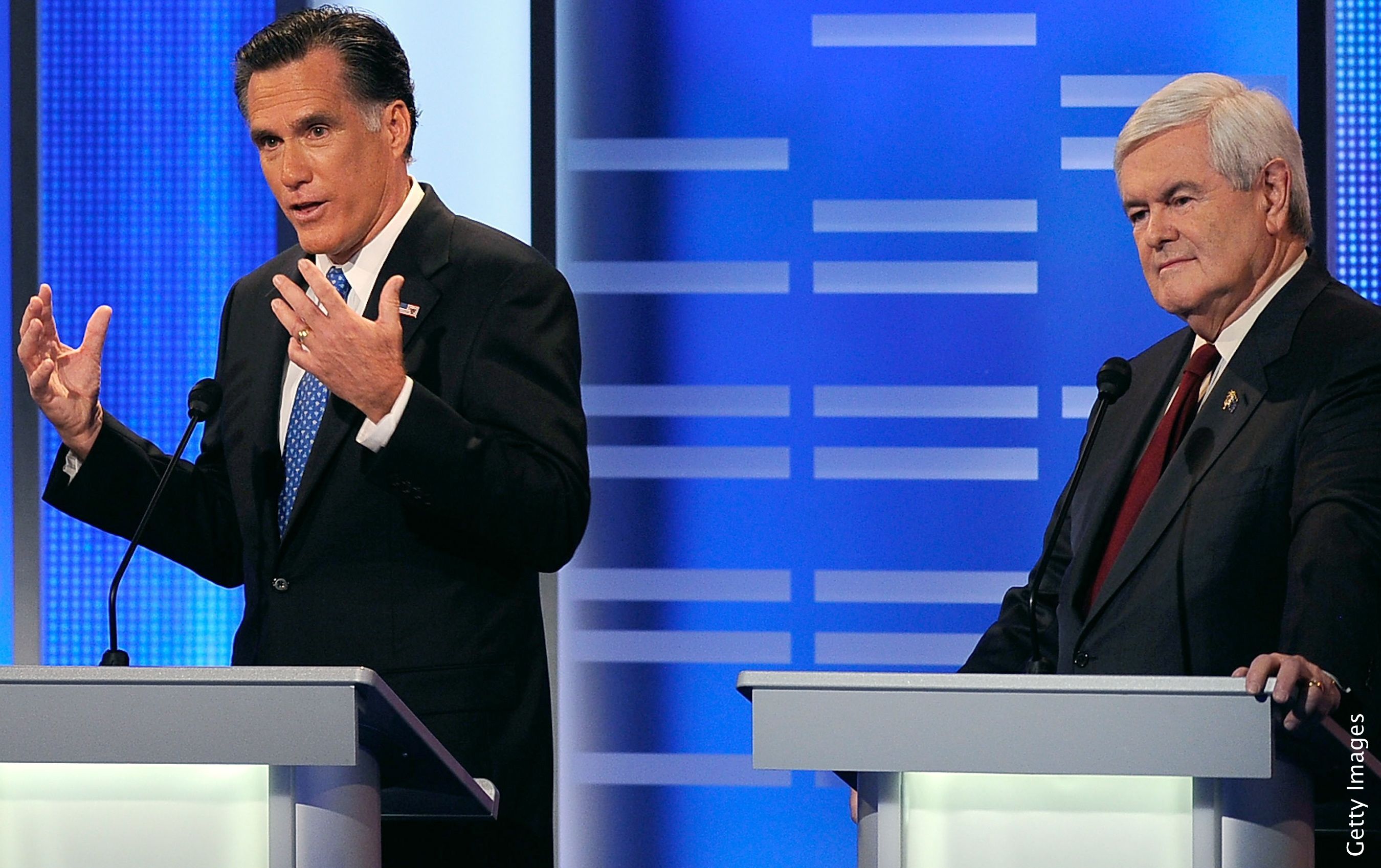 DES MOINES, Iowa (CNN) - From questions over his conservative credentials to his controversial comments over Palestinians to his acknowledged infidelity, Republican White House frontrunner Newt Gingrich was in the line of fire at a GOP presidential debate Saturday night.

And with just over three weeks to go until the Iowa caucuses, the first contest in the Republican presidential primary and caucus calendar, the showdown was more combustible than the three previous showdowns between the GOP candidates.