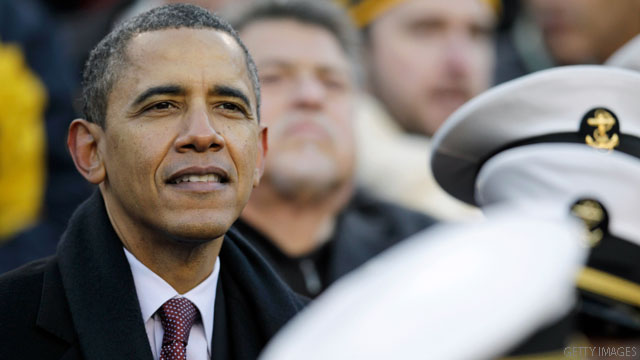 Obama: GOP made political 'calculation' to 'stand on the sidelines'

(CNN) - President Barack Obama accused Republicans of making a blunt political calculation after his election three years ago, deciding to resist his initiatives, skirt compromise and bank on the economy getting worse to bolster their re-election prospects.

Openly speculating in a CBS interview on the GOP's strategy, Obama said Republications decided: "Our best bet is to stand on the sidelines because we think the economy is going to get worse and, some point, just blame him (Obama)."