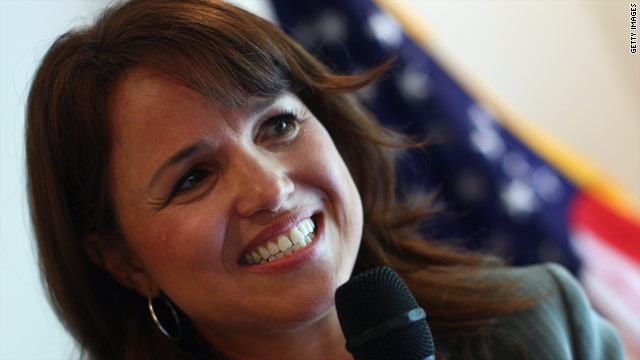 "It is my hope that my endorsement of Gov. Mitt Romney will cause others to give him a second look," she said in a statement.

The social conservative, better known for denying she was a witch in a campaign ad after admitting she once "dabbled into witchcraft" as a teenager, said she was throwing her weight behind Romney because she finds him trustworthy and as someone with "conviction to do the right thing regardless of opposition."

In an apparent knock against GOP front-runner Newt Gingrich, O'Donnell praised Romney's experience in the private sector and said the nation needs a president who is not a "Washington insider" or "who hasn't been playing the game for the last three decades."

Romney has struggled to boost his support among the tea party base, whose activists largely view the former Massachusetts governor as too moderate and too aligned with establishment Republicans.

But O'Donnell brushed aside those claims and pointed to his support for her and other candidates who rode the 2010 tea party wave, including Florida Sen. Marco Rubio and South Carolina Gov. Nikki Haley.

"Christine has been a leader in the conservative movement for many years," Romney said in a statement. "Christine recognizes that excessive government threatens us now and threatens future generations, and I am pleased to have her on my team."