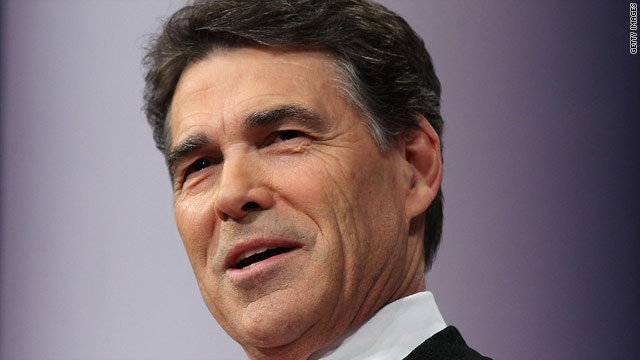 Perry's back surgery didn't ail him before it did

(CNN) – Texas Gov. Rick Perry has conflicting descriptions about uneven debate performances in the early days of his campaign.

In an interview late Tuesday, Perry admitted if he could do things differently, he'd have thought more about when to have surgery on his back.

Asked if criticism over his debating skills made him think twice about jumping into the race –and early debates– Perry said his timing was off, but not when it came to becoming a candidate for the GOP 2012 nomination for president.

"If there's one thing that I could change in my campaign I would've moved that surgery I had the first of July back to the first of January," Perry said in an interview on Fox News.

"I didn't realize it was going to have as big an impact and frankly I didn't even know it was having the impact it was having on me–from the standpoint of just being fatigued–and it showed up in the first few debates," the governor explained.

But six days ago Perry said his health wasn't a factor at all in his performance, or in the notable "oops" moment he experienced during a presidential debate when he forgot the third government agency he'd cut if elected president.

"I had a spine surgery on the first of July and had - my adult stem cells actually were extracted and used in an incredibly successful surgery," Perry told CNN's "The Situation Room" anchor Wolf Blitzer.

"I'm back running again, 3 to 4 miles, 4 to 5 times a week. And I was off for 10 weeks. I probably took pain medication for the first 10 days, two weeks and after that, the surgery has been awesome."

And Perry placed the blame for his brain freeze on long hours logged on the campaign trail.

"That was probably too many days on the road. It had nothing to do with medication," he said.

One thing has remained the same. In an effort to diffuse the importance of debates –which showcase the flaws and strengths of the 2012 field in opposition to one another– Perry played up his efforts on the trail.

"Retail campaigning is what I love," he told Blitzer. "You know, debating is - is some great reality TV, but the Americans want to see their candidates out talking about the issues and what's really important to them."

And Tuesday, he explained away media attention to his lapse saying, "I think Americans are plenty wise to the game the biased liberal media plays."

Moving forward, Perry said he expects his debating will improve.

"I think you've seen a glimpse of what you can expect from me now in that last debate in Iowa."