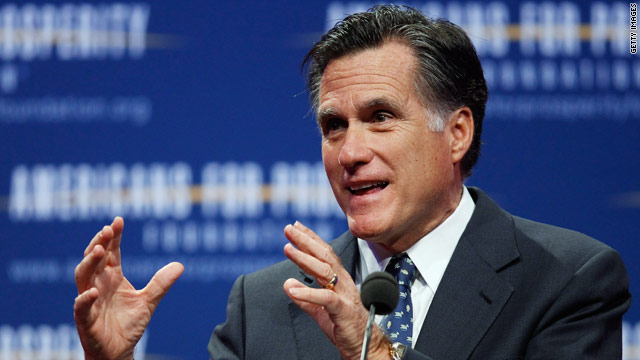 Poll: Romney holds lead in N.H., Gingrich and Huntsman on the rise

According to a new poll out Wednesday, Romney leads Gingrich in the state 38% to 20%, with former Utah Gov. Jon Huntsman making a significant bump to third place with 13%.

The Suffolk University/7NEWS poll showed that while Romney still holds the top spot, his numbers have dropped and his margin with Gingrich has narrowed from 27 to 18 percentage points since the poll was last done in mid-November.

Romney was polling last month at 41% of support, with Gingrich and Texas Rep. Ron Paul each following behind at 14%.

Also notable, Huntsman saw his highest numbers yet in the Granite State, where he has largely focused his campaign resources in hopes of winning the primary on Jan. 10.

Huntsman leaped from 9% to 13% over the last month, replacing Paul for third place. The poll credits his surge to more support among independents, a voting bloc allowed to take part in the state's open primary.

"If independents participate in a big way next January, Huntsman will benefit," said David Paleologos, director of Suffolk University's Political Research Center. "While other candidates have focused on the more traditional Republican voters, Huntsman has traction among independents, who could dominate the Republican Primary if mobilized."

The other candidates all polled in the single digits, with Paul at 8%, Minnesota Rep. Michele Bachmann at 3%, former Pennsylvania Sen. Rick Santorum at 2% and Texas Gov. Rick Perry at 1%.

Suffolk University Political Research Center surveyed 400 likely voters in New Hampshire's Republican presidential primary via telephone from Dec. 10-13, with a margin of error of plus or minus 4.9 percentage points.