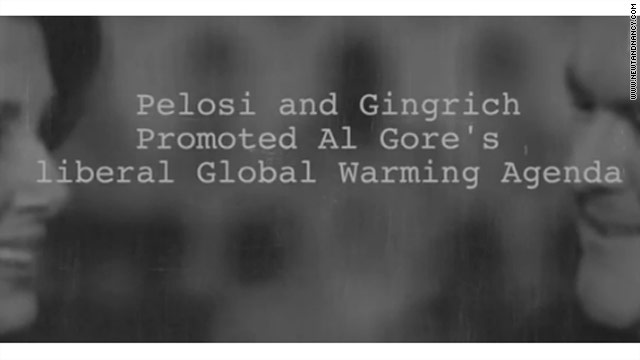 Manchester, New Hampshire (CNN) – Mitt Romney’s campaign is keeping up its drumbeat of attacks on Newt Gingrich with another web video hitting the former House speaker’s collaboration with Nancy Pelosi.

The video, called “Newt and Nancy,” ties Gingrich to Pelosi and former Vice President Al Gore for their work on climate change awareness.

Gingrich appeared in an advertisement with Pelosi in 2008, and urged the country to “take action” on climate change.

The Romney video capitalizes on the former Massachusetts governor’s charge that Gingrich is an “unreliable leader" for some of his forays outside party orthodoxy. Last week the Romney campaign released a web video attacking Gingrich's comment in May that a conservative-backed plan to overhaul Medicare was "right-wing social engineering."

Gingrich later walked back his statement.