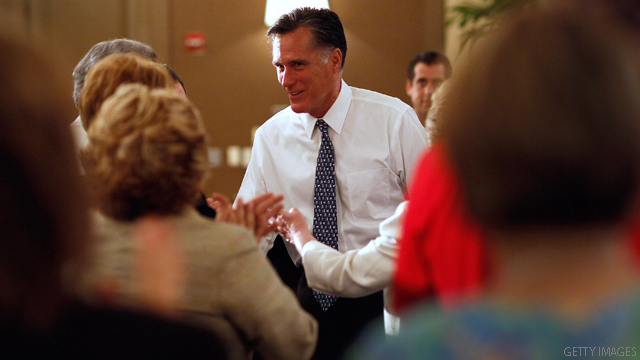 (CNN) - GOP White House hopeful Mitt Romney picked up the endorsement of the Washington Examiner Wednesday, a boost from an editorial page with a long history in conservative politics.

In an editorial that spends as much space slamming Newt Gingrich as it does praising Romney, the Examiner declares Romney "the only Republican who can beat Obama," citing recent polls that show the former Massachusetts governor faring better against President Barack Obama than Gingrich.

"The Washington Examiner believes Romney can defeat Obama, but Gingrich cannot," the newspaper wrote. "And Romney the businessman is far better suited to the nation's highest office - by temperament, experience, and cast of mind - than Gingrich the consummate Washington insider. By fits and starts over the years, Romney has become the reliable conservative that America so badly needs at this crucial moment in her history."

The editorial goes on to deride Gingrich's role consulting with Freddie Mac after he left Congress.

"The fact is, Gingrich is part of the problem, not part of the solution," the newspaper wrote. "He has tried mightily to shift attention away from his Washington insider status, saying, 'I have never done lobbying of any kind.' But that claim simply does not square with the facts, especially concerning Gingrich's lobbying Republicans in Congress for a new Medicare entitlement in 2003."

The Washington Examiner doesn't shy away from questioning Gingrich's appeal to voters for his past personal transgressions, writing that Gingrich is far from a "blank slate."

"It should be remembered that he is the only Speaker ever to be reprimanded by the House of Representatives, and was ordered to pay $300,000 in penalties because of his ethical transgressions," the paper wrote. "It also needs to be remembered that he was engaging in an adulterous affair with a twenty-something aide (now his wife) even as he was preparing the impeachment of President Clinton for having an adulterous affair with a twenty-something intern."

The Examiner cites three items it said sealed their endorsement of Romney: his solid governing plan that would begin the day he took office, his record of job creation, and his faith in American exceptionalism.

"Romney will bring back to the Oval Office a faith in the ability of every individual to achieve his or her greatest hopes, and an unwavering pride in America and its limitless potential for greatness," the paper wrote. “He understands the American dream because his family has lived it.”