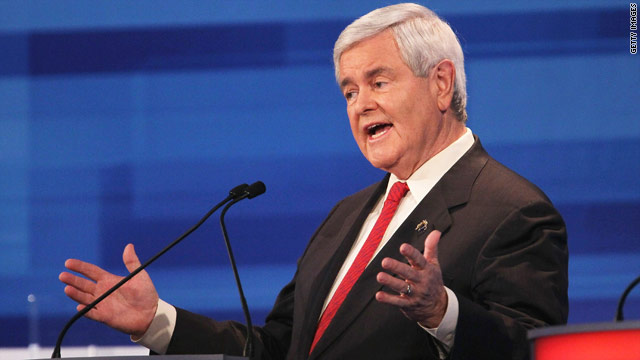 Sioux City, Iowa (CNN) - Republican presidential frontrunner Newt Gingrich, who has come under assault from nearly all of his rivals for the GOP nomination, defended himself Thursday against questions about his electability and conservative record.

"It's sort of laughable to suggest that some someone who campaigned with Ronald Reagan and with Jack Kemp, and (who) has a 30-year record of conservatism is somehow not conservative," Gingrich said in a presidential debate in western Iowa.